skip to main | skip to sidebar

My husband 'put his back out' on Sunday. Apparently all he did was stand up a bit too suddenly having been kneeling down to clear out the fireplace.

I came back from football with Chloe (two unbelievably tense matches, in which C got repeatedly whacked in the head by the ball and was herself complaining of backache) to find Max complaining of a headache and husband hobbling around like an old man. I myself had a splitting headache - really honestly I did- but didn't bother to mention it, it would have seemed all too contrived in the circumstances.

So it was an aching rag-tag bunch of us who sat down to watch the rugby that afternoon.

Come the end of the match though, while three of us felt much better, the husband had frozen in place and couldn't move even an inch without sparking off a series of agonisingly painful spasms in his back. Even the most basic thing like turning his head caused him to be racked in extreme pain. I'd never seen anyone in quite such agony (except myself in childbirth - but then again I never actually saw myself).

I bought some Neurofen from the local shop but it did little to help. It just seemed so ludicrous. How could one small action have such a dramatic effect?

Over the course of the evening it got even worse, and we set up a mattress on the floor for him to sleep downstairs. It was a long night, with cries of pain from downstairs requiring my help and attention and two children, for some reason deciding to share my bed and taking up all the room.

The following morning it had become almost farcical. I returned from school drop-off to find him sliding along the dining room floor trying to get to the bathroom. Stronger painkillers which I quickly bought from the chemist did nothing to help. He was stuck on the floor for ages. All sorts of strategies and solutions were mooted, thought up, tried. But he just couldn't get up. The pair of us were getting quite hysterical with it all but, with cruel irony, laughing made it hurt even more.

I spoke to the doctor and she prescribed a pharmacopia of pills - muscle relaxants, anti-inflammatories, mega-paracetamol. But we had to wait four hours to administer these. When they finally kicked in we managed to get him back on his feet. It was an almost epiphanous moment .

Today, he is much better. We have rigged up the sofa bed, he can get in and out of it and walk to the bathroom. But it's still desperately fragile and he is still in pain.

To top it all it's his birthday: Happy Birthday darling!

Now I've been awarded a couple of awards which I must dutifully pass along.

Maddy has very kindly given me a Bloggers of the World award which I pass to: Swearing Mother, Diary of a Housewife, Too young for a Midlife too old for a tantrum, Manic Mother of Five, Land of Sand, Tomfoolery and anyone I nominated for the other award below who already has it! 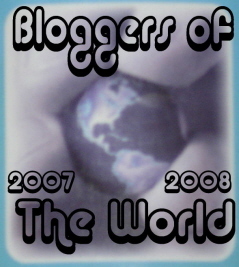 Belle has given me the Excellent blogger award which comes with the following instructions:

I love being a part of the blogging community and part of all the friendships that I've formed so I wanted to give a blog award for all of you out there that have Excellent Blogs. By accepting this Excellent Blog Award, you have to award it to 10 more people whose blogs you find Excellent Award worthy. You can give it to as many people as you want but please award at least 10.

I nominate: Tomfoolery, Identity Crisis, She's like the wind, Crystal Jigsaw, 3kidsnojob, Itchy feet at 40, Flowerpot, Witterer on Autism, Land of Sand, The Write Eye and Mother of Shrek.

As I have just found out that most of these already have said award - anyone who does is welcome to take the bloggers of the world award instead. Anyone who I haven't nominated, please feel free to take either!.
Posted by Mid-lifer at 02:02

Why thank you so much. It is the same award but it's an honour, I thank you. Of course I should have been quicker getting mine up there and dished out because you along with 4 others on your list were going to be given the awards by me.....Bugger. Hopefully there will still be a few left for me to pass it on to!

many thanks midlifer and hope your husband's back improves soon!

Me too, Flowerpot! me too!

Many thanks, mid-lifer, I am bowled over.

Your husband has my heartfelt sympathy; I am a 'back' person and am with him in his pain (that sounds somewhat Biblical or, at least American, but I'm sure you get my drift - must be your 'epiphanous' reference!).

Try an osteo -no drugs, no uppers - just magic hands and heat treatment.

Happybirthday to your husband!
Congratulations on your awards! And thank you so much for mine and the kind words!! :)

I love the title of your blog btw:-)

Thank you for the wonderful award, so very kind. Hope Hubbie doesn't spend too much time flat on his back .... keep smiling :) TFX

From a fellow mid-lifer. Hope your hubby's back gets better soon. he must be in agony.

Very kind of you. Sorry to hear about the back problem. Not a nice thing as I suffer with a muscle spasm nearly every day. Physio helps occasionally but so does a large glass of something strong.

Bloody rugby's got an awful lot to answer for. I recommend valium, which I was prescribed for a particularly acute back spasm. Didn't stop the pain but I was so spaced out I didn't care!!

Big thank you for the award. MWAH!

Thank you so much Mid-Lifer, that is so great!

Backs are funny (or not so funny, depending if it's your back that's "out"). Just a tiny twist can throw the whole lot out and, boy, does it hurt.

Happy birthday to him, I guess? It's really YOU I'm feeling for, though!

Thanks for the award. The dog usually gets far more of these than me. He's already got the excellence one three times. Ah well. I've just realised I got the thinking blogger one back in Jan and totally forgot to post about it. Very Un-thinking there. I will try and write about this before I forget....

Bad backs are a pain aren't they (no naff pun intended). I had to give up driving at one point. I couldn't sit down anywhere. Still, giving up work has made a huge difference. :) Best wishes to your husband, he does have my sympathy.

Thank you very much for passing the award my way.

Although I don't post the awards on my blog, I do however, print out the blog post where I was named and tack them on the wall of my writing room for inspiration and a kick in the butt when I need it.

Thank you again and congrats on your awards.

Ooo I thought that was an 'E' for 'go out and exercise' command, so glad to hear that it's another 'E' entirely.

Thank you so much for thinking of me. I usually tackle these things at the weekends when [hopefully] there will be another adult around to pick up the slack.

So sorry to hear about the 'back.' My pal has a husband with one of those, a dodgy back that is to say. I never know who to feel more sorry for, 'im with the back' or 'er with the husband.'
Cheers

You're a darling, mid-lifer, thanks!

Ditto, Debio's comment. Osteopath or chiropractor. Expensive, but oh-so worth it!

The Woman who Can said...

Mid-Lifer, thank you so much! And also, I'm sorry but I laughed a bit about your husband. I didn't mean to, but you were quite funny...

It was the bit about not seeing yourself in childbirth that tipped it...

What a nightmare. How very clever of you to keep laughing. I am very impressed.

Thanks for all your comments, sorry I've not been on for while. Once he got up he got better and better and he's back at work. The muscle relaxants the doc gave him are some sort of valium. They made his pupils enormous - much to the hilarity of his work colleagues.

Will be back with another post soon once half term is over.

Thank you I have finally got it up and running!
Cheers 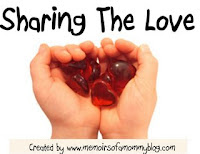 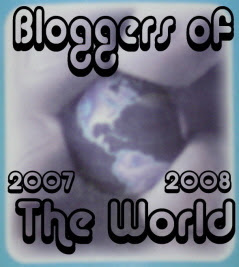 Mid-lifer
Having happily floated along wherever life - and my husband's job - took me, WHAM! I'm hit by a midlife meltdown. This blog is to chart my progress as I clamber my way out of the pit I find myself in and try to construct a life again.